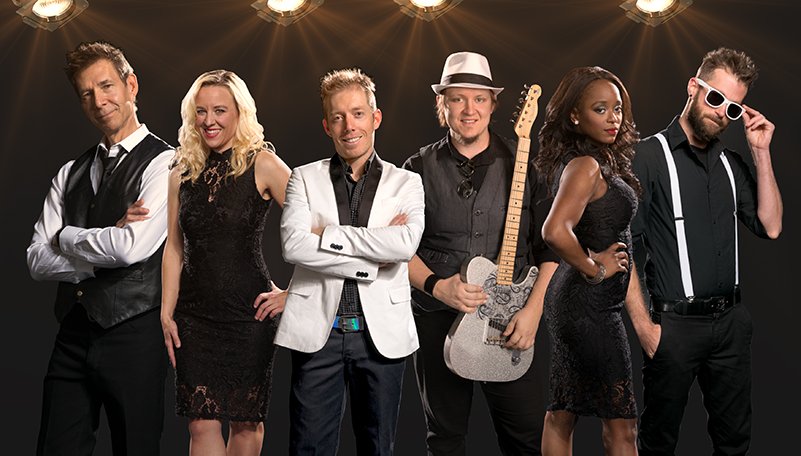 It can be challenging to find a great wedding band or a corporate event band. For most people, it’s the first time they’ve ever hired a live band. As one of the most experienced corporate entertainment and wedding bands in U.S., we’d like to offer some tips and observations. These are across-the-board suggestions. They’re true of any great event entertainers. So here goes!

Shopping for a great band isn’t like shopping for the cheapest Tupperware container at a big box store. In that example, sure, the cheapest Tupperware product that does the job is a great choice.
But with something as variable and intangible as live human artistic performance, cheapest isn’t best. You really do “get what you pay for,” in the entertainment industry. And you want everything related to your event – including the live music – to reflect well on you, and serve as a credit to your judgement, taste, etc.

Think about the ticket price you pay, to go see one of your favorite national headline recording artists in concert. Compare that to a band that’s playing for a $5 cover charge at the local bar. Which is the better show?
If you’re just having a backyard barbecue for a bunch of friends, sure, maybe it’s appropriate to find a cheap band. Or maybe one that will play for beer! In that situation, if they’re less than great, it won’t be much of an issue.
But if you’re looking for a live band for a wedding reception, or for corporate evening entertainment, there’s a lot riding on your event. That’s when it’s smart to pay the extra for proven, professional event entertainers who will delight your guests and reflect positively on you.
Imagine, for a moment, if the band you select commits one of these classic “Band Blunders 101”:

Band blunder #1: They may play okay, but they stand there like statues, staring at their feet. Not good. The truth is, great musicians should entertain! Think of your favorite national headline performers. They put on a show! So some of the things we suggest you look for include:

Band blunder #2: They play out of tune, or sing out of tune.  There’s a big difference between world class singers, and amateurs or beginners.  Beware of hiring “bar band” type groups and/or “hobbyist” groups of people who do music as a sideline.  Often, the results can be not great.  Thank about all the times you’ve seen and heard the National Anthem sung at sports events.  There have been some great performances, and not-so-great ones, right?  And the truth is, what happens reflects on you.

Singers such as those used by Raising Cain are simply never out of tune.  They’ve had extraordinary music education. They relentlessly rehearse. They use phenomenal equipment and state of the art monitor systems so they’re able to hear every nuance of every note they sing.  When you start with spectacular quality, and add sophisticated monitors, the result is jaw-dropping vocals that mesmerize and dazzle your audience.  Guess who also looks good?  (You, for the choice you made!)

Band blunder #3: They don’t carefully consider their wardrobe. Let’s face it, if you’re having a fancy event, you don’t want your band to show up looking like they just rolled out of bed (and slept in their clothes)! You want a band that enquires about your dress code, and asks which of the band’s several wardrobe options you’d prefer. (Does the band you’re looking at have photos of their different wardrobe options? Raising Cain does! Just ask, and we’ll email you images of our wardrobe options!) Here are just a few: 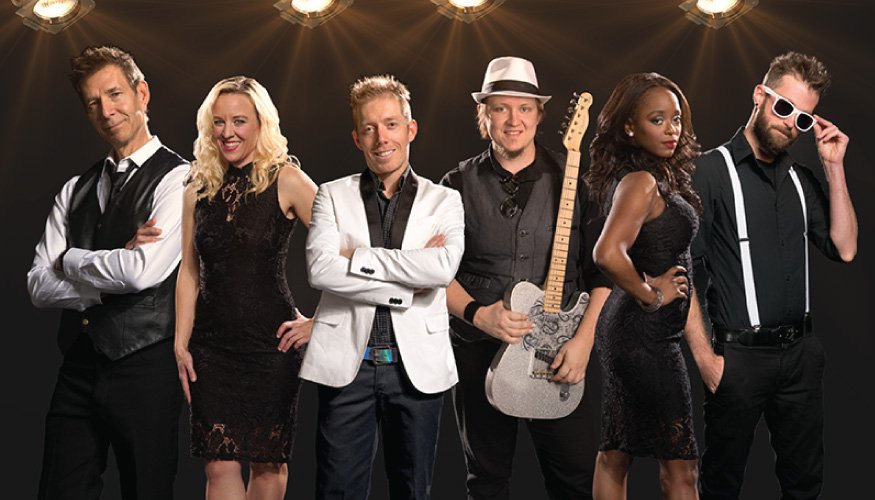 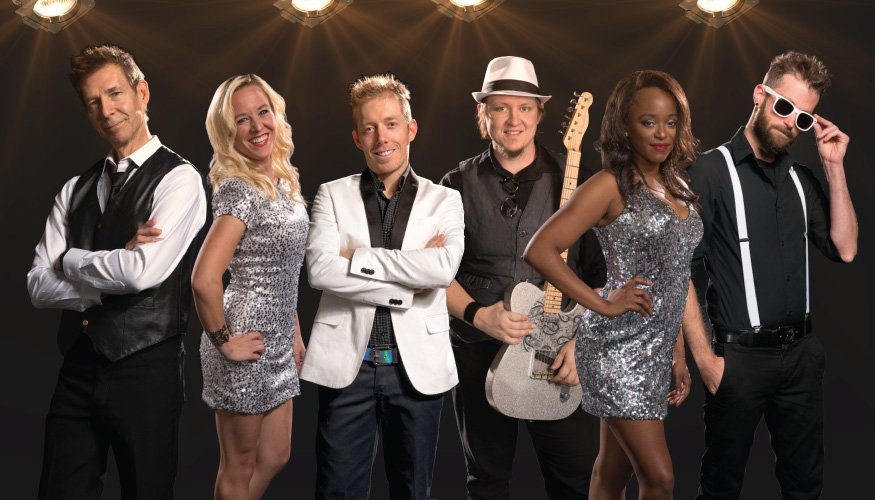 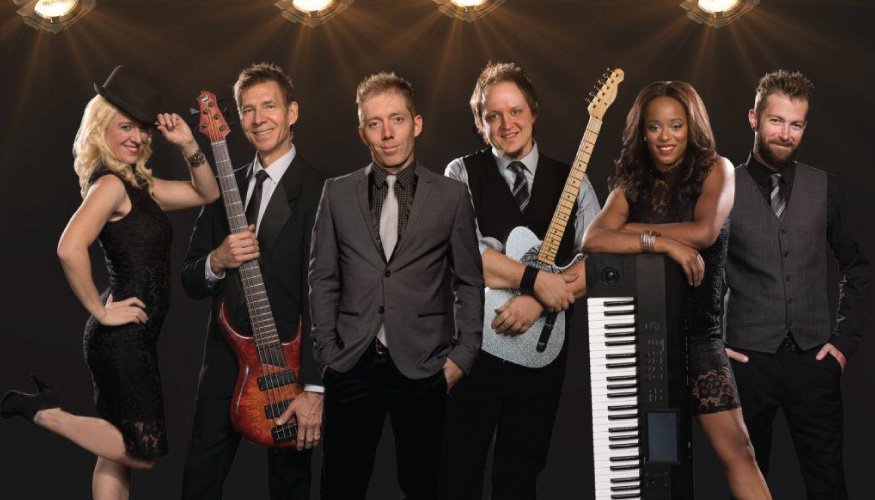 Band blunder #4: The band does not do professional emcee duties. Some bands consider emceeing to be a pain, or a distraction from their art. But the truth is, at your event you have one stage, one focal point, and one microphone/sound system. It’s where the band is! So it’s perfectly reasonable for you to ask your band to handles emcee duties. Raising Cain looks at poised, professional emcee work as an integral part of professional entertainment! We work extensively with you, prior to the event, to ascertain a good timeline, wording for announcements, order of announcements, pronunciations, etc. With us, you needn’t worry about having to hire a separate emcee. We’ve got you covered!

Band blunder #5: Excessive breaks. You’re paying an event band to entertain, not take breaks. We in Raising Cain understand this. That’s why we take fewer breaks than other bands. What’s more….for the two short breaks we take, we work with your schedule, and time our breaks so as to coincide with your speeches, presentations, toasts, etc……when a band can’t be playing anyway!

Is your event going to be the band’s first or second event? Or even 20th event? Or will your event be the band’s 1000th event, as in the case of Raising Cain? We’ve been delivering stellar live music performances throughout Colorado and the United States since 2001. As with everything, there’s a learning curve to being a great live band. Are you catching a band somewhere early in that learning curve? Or are you hiring a band like Raising Cain that’s at the apex of years of development of perfection, to the point where there are literally no glitches, issues, or weak spots?

Does the band play so loud that no one within a mile of your event can have a conversation? That’s not good! There’s a big difference between a band playing one of their concerts at Madison Square Garden, and being the entertainment for your event which is NOT all about the band. In the latter case, the band needs to understand their role and play at the appropriate level – not too quiet, and not too loud. Can the band flex for different situations?
These are just a few of the dozens of factors that premium, ultra-professional bands deliver on, compared to cheaper, “bargain basement” bands.

Check out our next blog: Spectacular Live Bands: the secret “X” factors